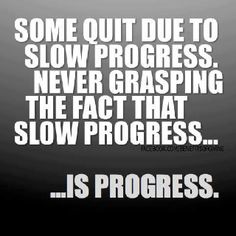 On Google+ (where I do most of my networking) I have been discussing something that does not quite rise to the level of essay but remains worth sharing.

The topic question was whether or not cyberpunk as a Science Fiction genre had disappeared.

My thoughts on the matter:

I think that fiction has mirrored literary trends of the 30s and 40s. As socioeconomic circumstances grow more grim for the audience, the former core of cyberpunk fans, which were edgy and gritty in the prosperous western 80s and 90s since genre founders tended to the dystopian, now the audience seeks more utopian and escapist technological fiction, as seen in the explosion of the military space opera (Honor Harrington) and the rise of steampunk, which is among other things distinguished from cyberpunk in its typically more upbeat themes and endings.
Johnny Mnemonic yields to Steam Boy as the grimmer aspects of dystopian speculation come too close to life experience for emotional relief.

I use elements of cyperpunk in my own writing, which mashes bits of sci-fi, fantasy, and urban fantasy.  For example, my primary series has a fortress that is a molycirc-based starship, the descendants of the command staff are genetically modified for, among other things, deliberate nanite-compatibility, and uses vid-screens and teleportation, but my dystopian elements are the lost colony settings, where spacefaring or galaxy-traversing civilizations have crumbled to lower levels of technology.  So there are swords, martial arts, and magic in addition to the science fiction elements.  (Inspired by the Botany Bay colony in real history.)

So, even though I have advanced technology interfacing with humanity, a somewhat pessimistic view of human progress compared to technological progress (both cyberpunk themes) they are parts of a broader melange.

I think that trend has happened much more widely, where cyberpunk has been incorporated into many other subgenres instead of remaining this individual bastion.

The cyber elements remain to be explored, with even broader vistas. There are plenty of classic ideas that we can look at modernizing. Just in 60 seconds we can think up the following:

With cybernetic biochips within reach, “Farenheit 451” has to change for a society where the govt. sees through your own eyes. Now how do you get through banned books alive?!

When everyone has biotech, the zombie apocalypse can come from a computer virus, but throw in a distant comsat uplink and you get “Dawn of the Dead” meets “Fellowship of the Ring” or King’s “Dark Tower” for the race to upload an antivirus while there are still people left.

Everyone cheered when brain wiring led to a 99% cure in criminal recidivism. But when a political revolution puts (Not your worldview) in power, (a sympathetic worldview) suddenly becomea a Hate Crime. Now its an overland race to get overseas dodging Thought Bots, Skip Tracers, and the perils of a sterile society when your closest friends are an outpatient surgery away from hunting you down.

Throw.”Pretty in Pink” in the meat grinder to tell a coming of age story in a “Big Brother” setting.

There are four novel ideas I haven’t heard of all taken from a single microcosm of cyberpunk, the concept of neural connectivity.

The follow-up was whether or not I was writing any of those ideas, and it seemed like a fair chance to talk a bit about my current works in progress:

I’m not currently writing any of them. I currently have 3 projects in the pipe:

WIP 1: An honor-defined steampunk Shaolin warrior has the postmodern consciousness of a dead.starship captain supporting his nanite based physical powers as he begins his quest to reassemble the scattered mnemonic packages holding the knowledge of the ship crew that crashed eight centuries before, righting wrongs Zorro style as his journey begins. In a world where the command crew are worshipped as gods I examine the nature of truth and belief. Righting wrongs (this episode) in a recently.conquered Celt-landia lets me poke at assumptions of Postcolonialism in literary trends using the family of last generation’s most infamous rebel leader. Finally, it’s almost 50 years since “Zorro: The Gay Blade” came out, and I don’t have the energy to pretend that PC is either innovative or shocking like the first season of Star Trek TNG in 1980 something. So to hang a lamp on it I decided to go counter-culture and have an “ex-gay” Zorro figure instead. What is really, really fun is the challenge to write such characterization, drama, and action that none of that meta-concept shows up on a conscious level, and my readers just get to enjoy martial arts, airships, snark, adventure, and drama. 127,000 words in out of about 200k for Pilgrim’s Path.

WIP 2: Using the Nephilim mythology to justify super powers in an urban fantasy setting, book 3 in the series has thr supernatal world rocked as the magic community becomes the target on the new War on Terror. Drone strikes and special forces soldiers versus giants and werewolves in the American streets, and mystic demigod Adrian Campbell has lost.most of his powers just when he needs them all to get a family and some supernatural teenage orphans to safety, then find some way to stop the hidden threat playing USA’s mortal and supernatual forces against one another to open the way for an extradimensional invasion. Themes I get to play with: The ethical questions of vigilatism, the morality of super hero teenage sidekicks, obedience to unjust authority in JudeoChrisitian ethics, and continuing the limits of personal redemption from evil as the cornerstone question when all the superpowers come from having demons for daddies. Giant’s Rage is 57k words in of a probable 150k for book 3 in that series.

When I get that done I am prewriting book 4 in my science fantasy Arthurian legend lost colony series. 17 year old Ryan MacOrin destroyed the starship that housed his family’s base of power to save the continent from an army of mind-slaving warlocks, but they aren’t all gone. Now he has no power base. His only companions are his best friend, a swordsman prince of the kingdom they just burned to the ground, and a 400 year old inhuman assassin sentenced to serve in punishment for playing Judas and destroying the ancient kingdom of light. So with ninja Darth Vader and emotionally crippled Lancelot versus his own evil uncle, who is better and older, my hero gets to adventure around to prove that his place as king depends not on a powerful fortress or armies, but on who he is inside. Of course, facing mystic pirates, enemy ninjas, monster-controlling wizards, and the crew of a stranded starship of Lizard Men who want the tech in his bones, all the training in the world might not be enough… Crystal Valley will finish at around 250k words.

Then I give myself permission to start a dragon based zombie apocalypse series.